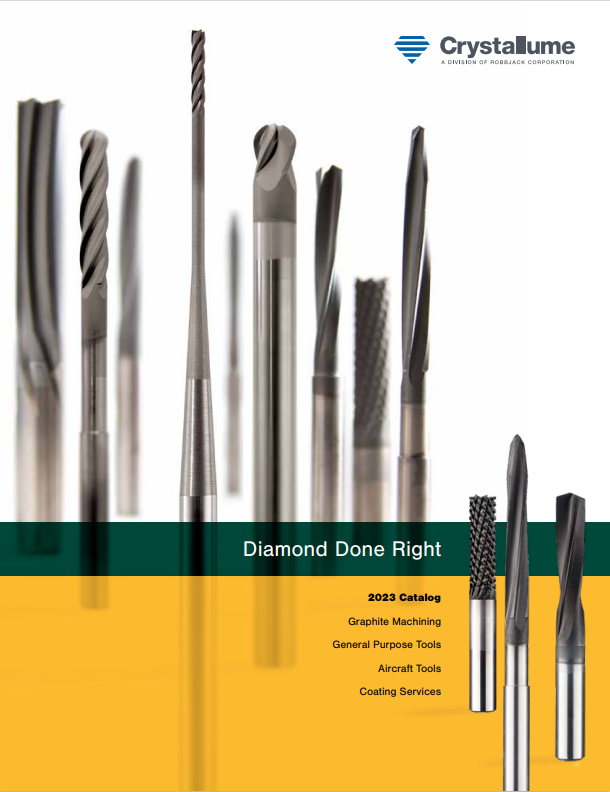 Crystallume DCC rotating tools were developed in a NIST (National Institute of Science and Technology) program that involved a research partnership with Boeing Aircraft and three other large manufacturing companies. Some of the information gained in that program is presented here. The material was 8-276 carbon fiber laminate 0.30” thick. Test tools were 0.251” diameter drill countersinks. The graph compares the number of holes drilled versus the thrust required. The test was concluded at 50 lbs. of thrust when breakout and haloing became unacceptable. Carbide lasted about 200 holes, PCD lasted 1,500 holes and Crystallume DCC lasted 2,700 holes. Also, note that the sharper carbide tool started with the lowest thrust while the PCD and Crystallume DCC started with about the same thrust (even though the PCD is a ground edge and the Crystallume DCC is a coated, faceted edge). These test lab results were repeated on the production floor. Crystallume has continued to be a leader in developing diamond coated tools for aircraft applications.